I haven’t had to do this since I wrote this blog post in 2012. However, somebody found this post about a year ago and told me they were able to use Adobe’s current tooling with my old post to make it work for their Horizon environment. I just got a question today on this blog post.

The current tool is called Creative Cloud Packager. It’s not quite the same as Adobe Application Manager, but the concepts are similar.

I recently had to work out the process for license activation of the Adobe CS6 suite. Adobe offers an academic FTE licensing scheme similar to Microsoft’s FTE program. The calculation for licensing cost is based on your employee count; the entire district is then licensed and you don’t pay a dime for students. The Adobe K-12 Enterprise Agreement contains Design/Web Premium, Photoshop Elements, Captivate, and Presenter.

The total installed size of these products turns out to be 8-10GB, quite a bit of a nightmare to attempt a ThinApp. I decided to bake the Adobe software directly into the base image. However, Adobe license keys do not survive the quickprep process. The software comes up unlicensed when you log in to a linked clone.

Adobe offers a free enterprise deployment tool called Adobe Application Manager. One of the functions is to create a serialized installer key along with an executable that will license the already-installed Adobe software. Note that this does NOT work on Photoshop Elements. We have a ticket in to Adobe support for assistance, but at the moment it doesn’t appear possible to activate Photoshop Elements anywhere other than during installation.

Select the Serialization File option from the main menu. 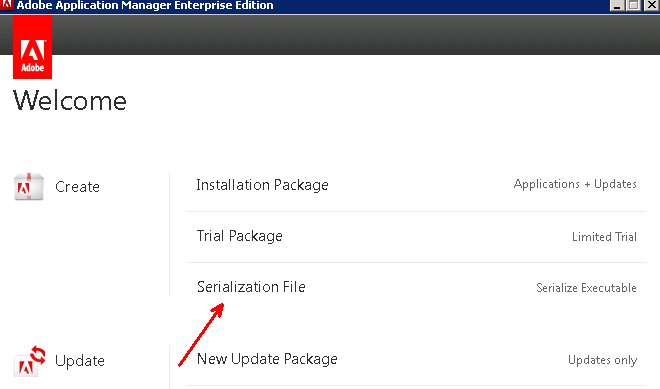 Browse to your unzipped installer, you need to point to the folder that contains Set-up.exe. Then enter a folder name to save the serialized output, and a location on the network to save the folder.

The output of the tool will be an executable and XML configuration file.

Put one copy of the AdobeSerialization.exe into C:\scripts\adobe. Then create a folder for each Adobe product that you installed. Inside each of those folders is the prov.xml output file. Create the adobe-commands.cmd file and write it to call the executable once for each xml config file.
The syntax to run the licensing is as follows: AdobeSerialization.exe –tool=VolumeSerialize –provfile=prov.xml

Configure your View pool to run the customization script after the linked clone is quickprepped. 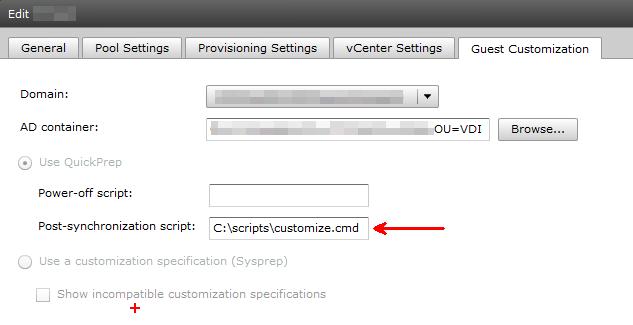 Now the Adobe products will be fully activated anytime you recompose your linked clone pools.