I finally saved enough money to get myself a respectable homelab. Many people have had home labs for years, I’m a little late on that bandwagon. But better late than never.  I spent a bit more than I wanted, but I cost-justified part of it by eliminating Dropbox. Dealing with our volume of home photos and videos is a continual frustrating timesink. We have been syncing our photos to Dropbox, but as I always preach to customers, sync is not backup. I have been manually storing zipfiles of monthly photos up in Glacier as emergency recovery, but I had fallen behind.  Dropbox lost two months of our photos that I will never be able to get back.  I decided that along with serving my homelab needs, any storage solution that I purchased absolutely had to support sync directly from my endpoints as well as to multiple clouds. Since I knew I was going to buy a NAS, this effectively eliminated VSAN as a contender for the homelab.

I spent a little time looking around, but decided I didn’t want to deal with something like FreeNAS on a custom-built box. Many of my other fellow engineers are happy with their Synology devices, so that’s what I went with.

32GB of RAM was just not enough for me, eliminating the NUCs from contention. One of our SDDC specialists suggested that I check out Shuttle‘s line of barebones PCs – I found a model that supports 64GB of RAM

For storage, I decided to split my photos on separate spindles, so a RAID-1 pair of two
2TB 5400RPM drives fit the bill nicely. I saved money and didn’t put any storage inside the Shuttles, instead opting for boot-from-USB.

The shuttle PCs only come with a single onboard NIC, to do anything useful I bought a quad port gigabit NIC for each host.

Here is my BOM. I bought everything new from Amazon except for the Cisco switch, which was about $100 on ebay. I was a little disappointed to find that Amazon’s regular pricing was cheaper than any of our employee discounts. The total spend was much higher than I originally thought – but given the photo sync requirements, I think this was the best solution that satisfies my need to learn and my need to protect our irreplaceable photos. 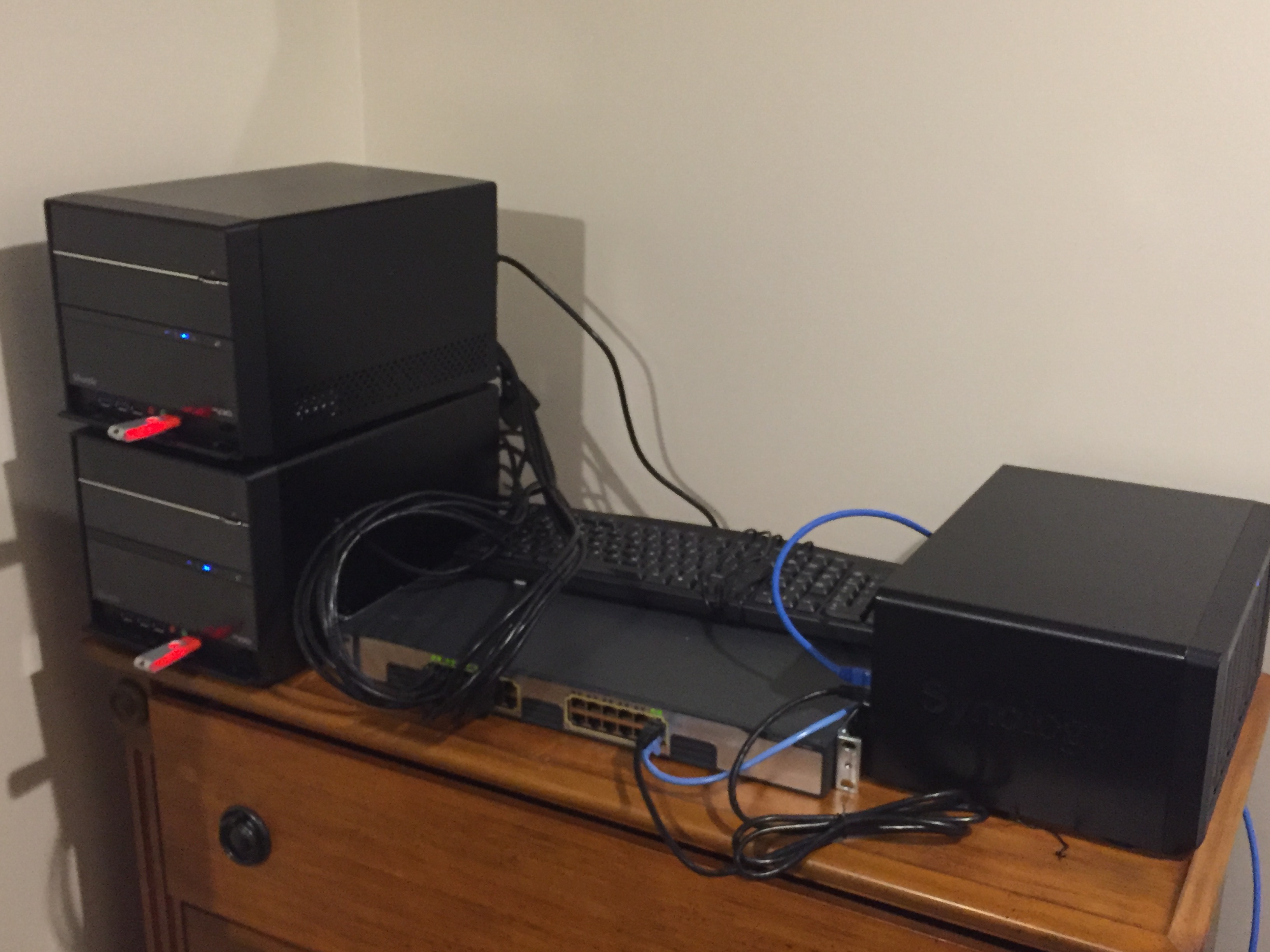