I had the opportunity to attend Amazon re:Invent 2017, and as part of attending a bootcamp I received a discount code for a free DeepLens! It arrived today. 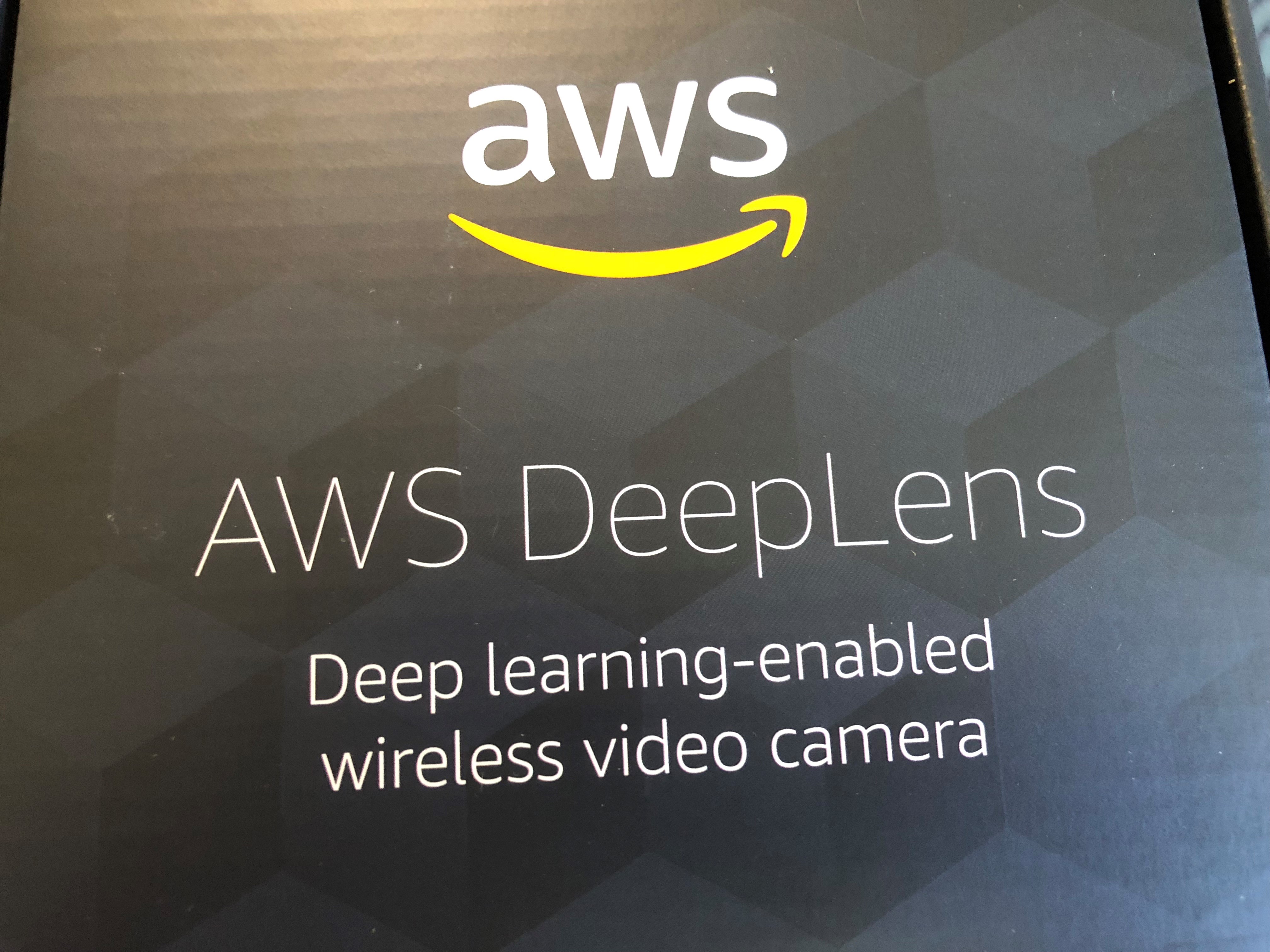 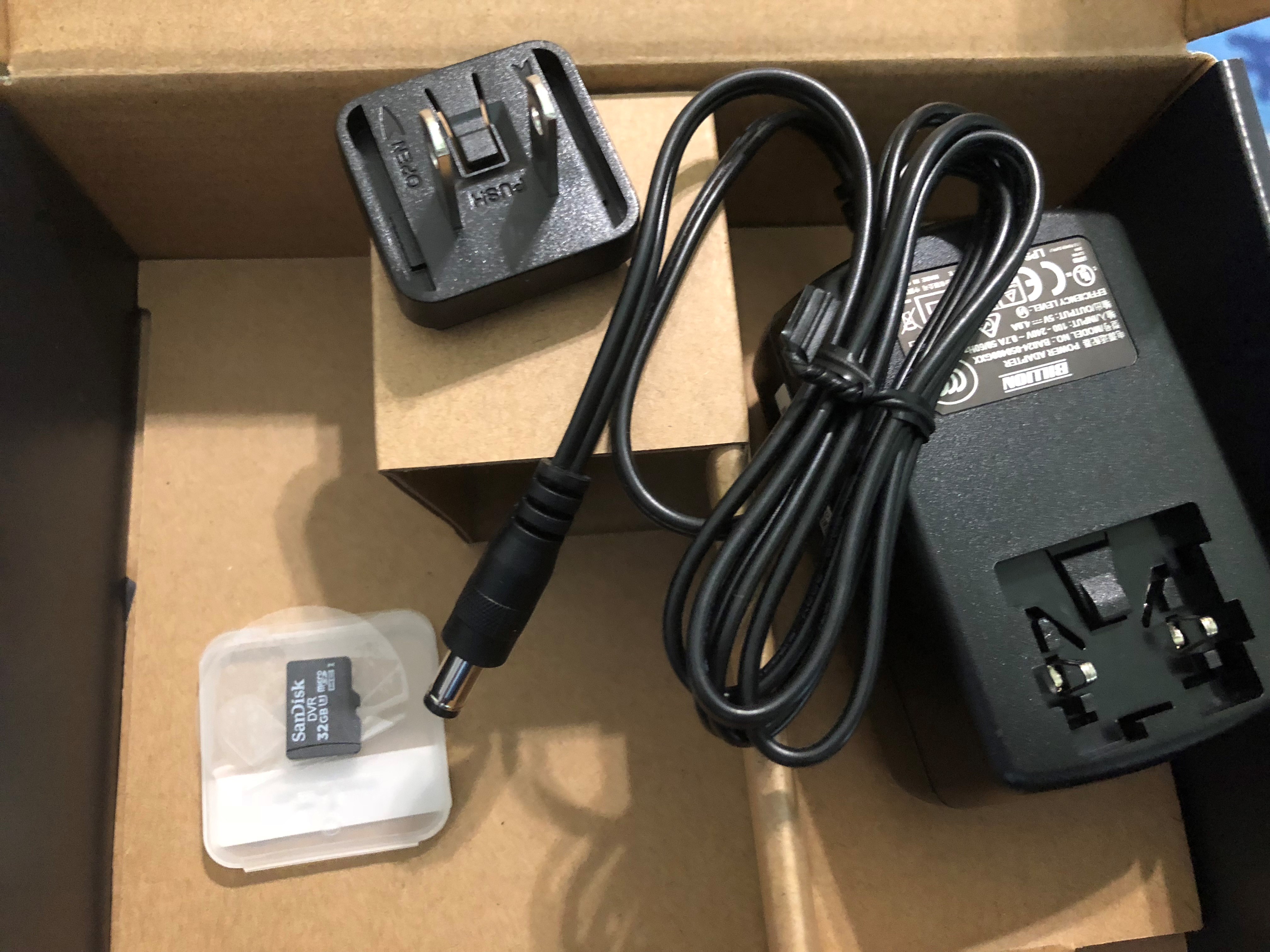 The front of the DeepLens 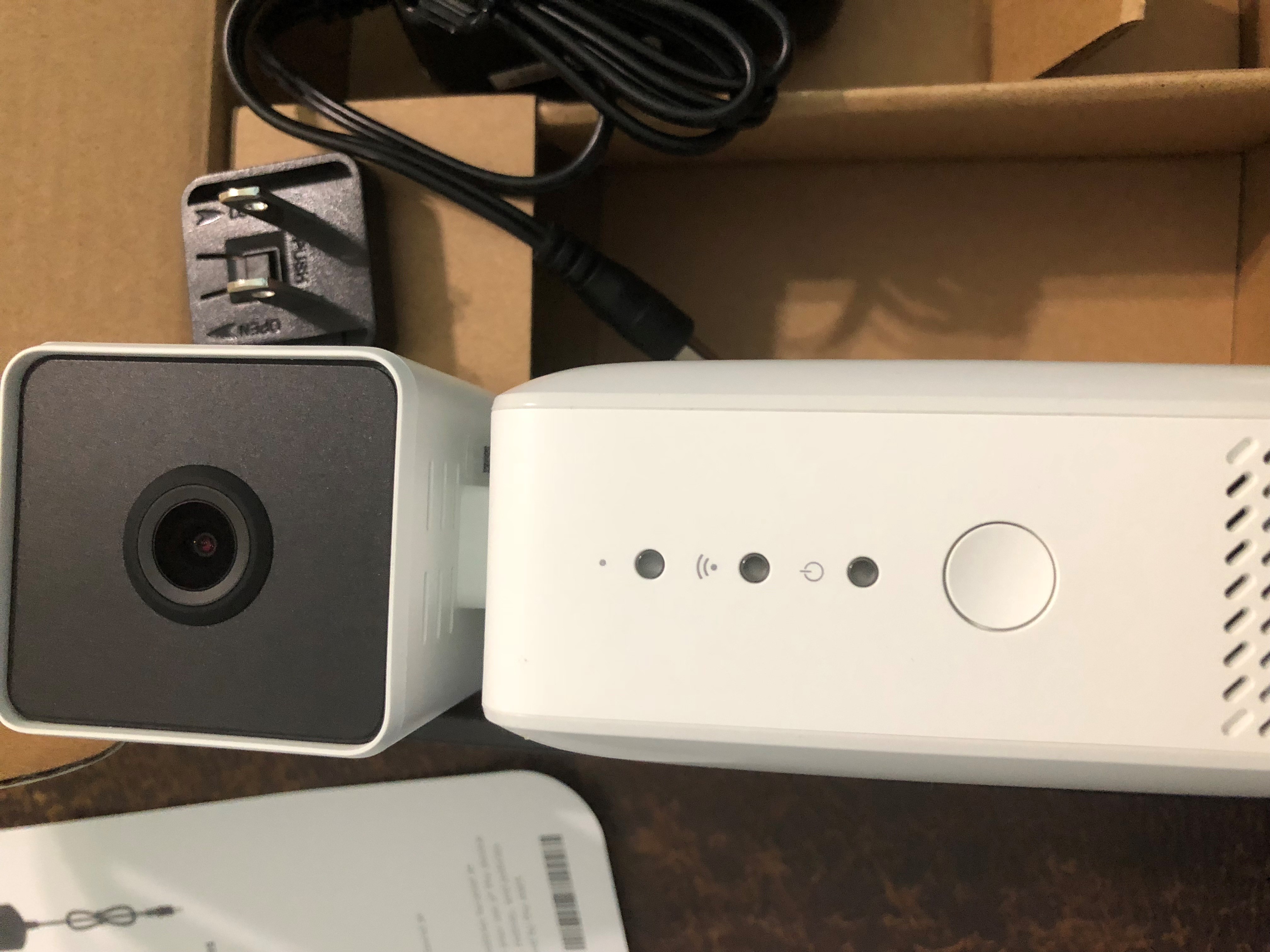 Rear view of the DeepLens 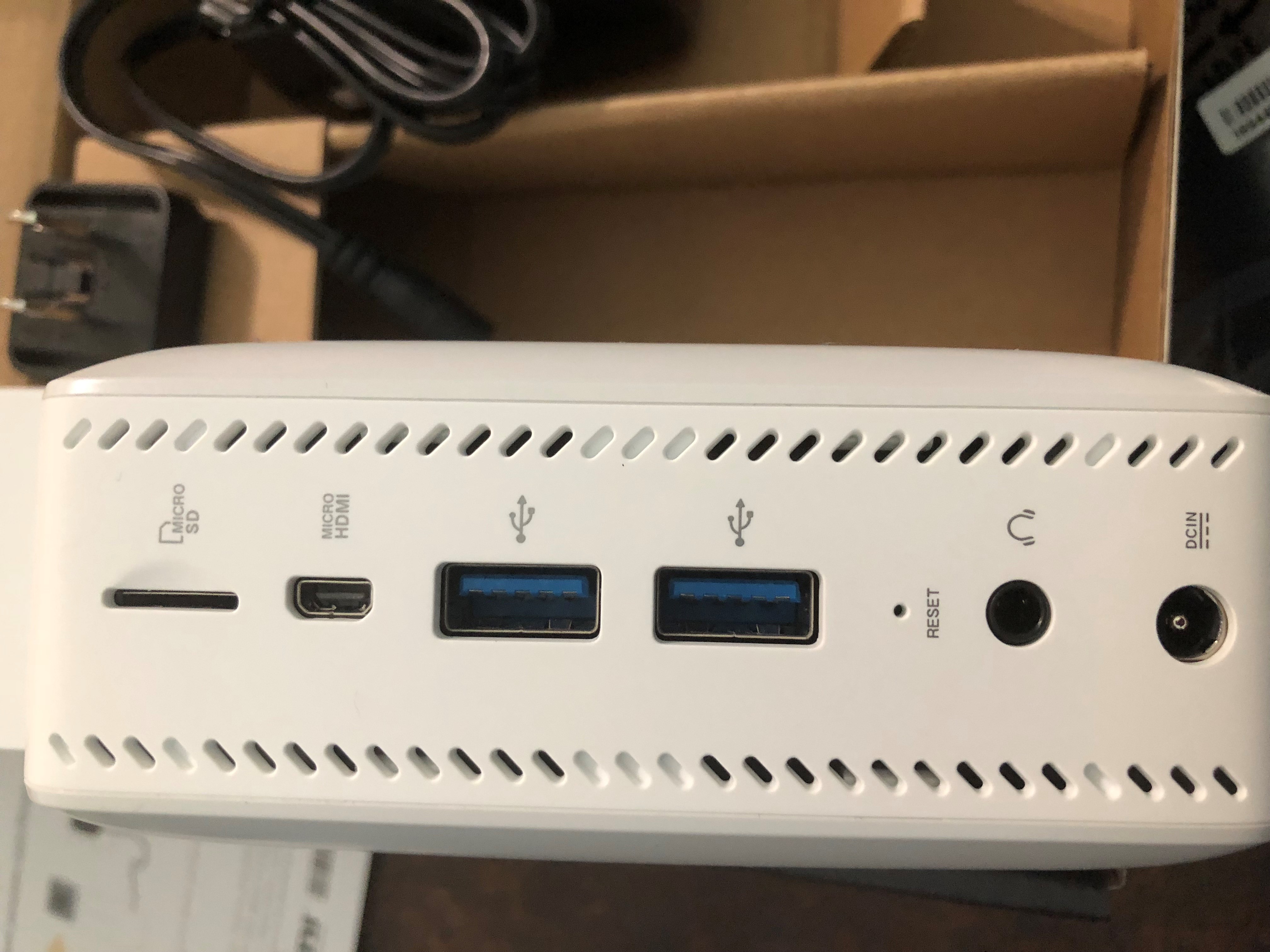 After unpacking, the package insert directed me to https://aws.amazon.com/DeepLens 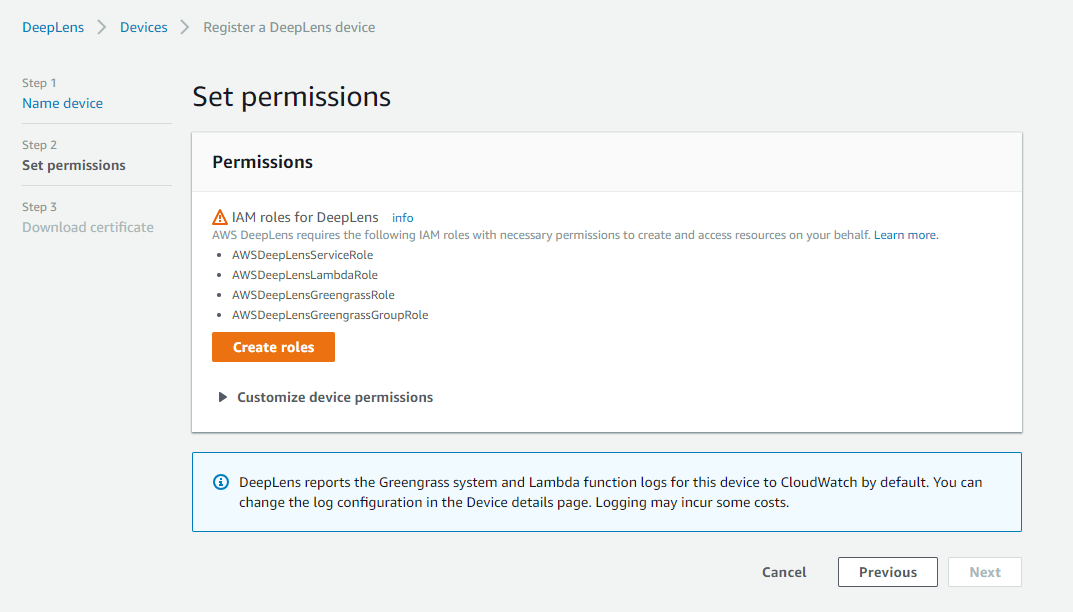 The setup created this role for me 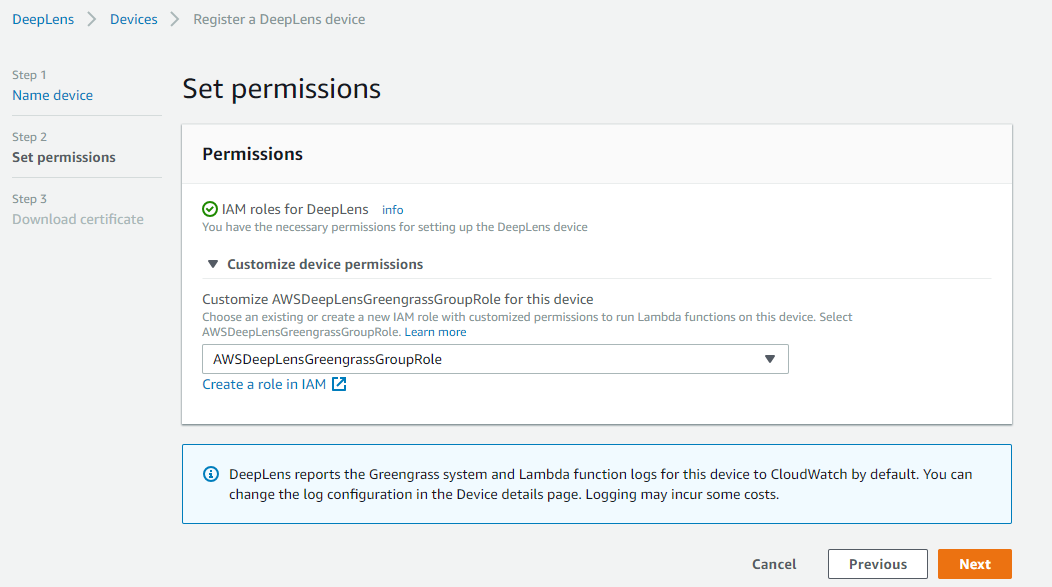 I connected to the DeepLens’ wireless network 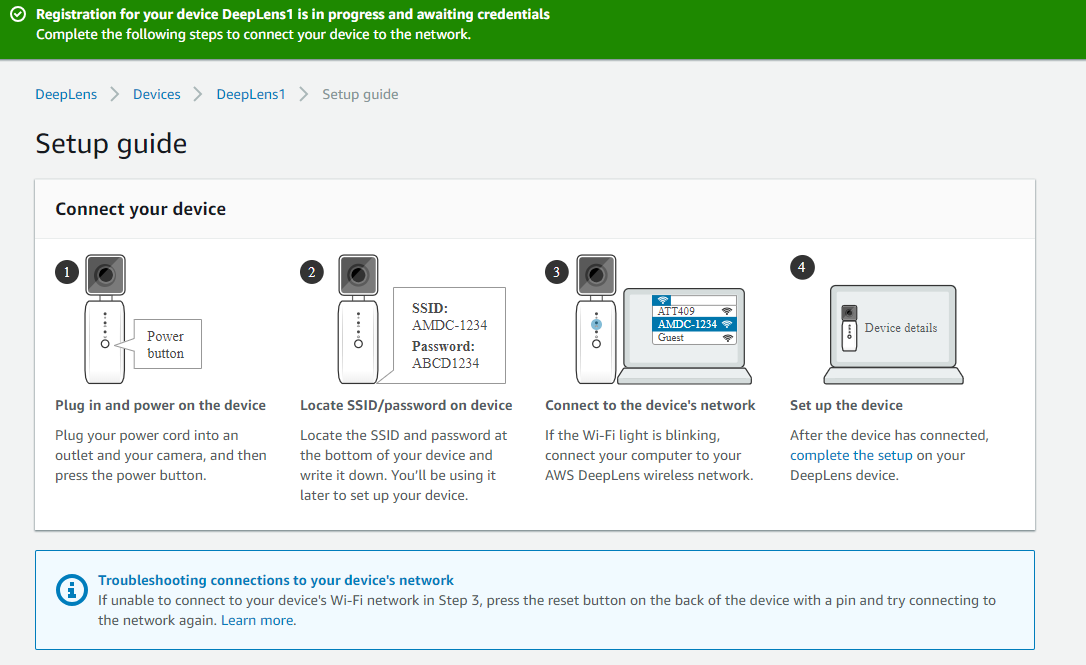 Connected the DeepLens to my WiFi

I clicked the install and reboot button; it disappeared with no progress indicator.

I watched for the device to come back up, and connected again to the device’s wireless. The install and reboot button appeared again, so I clicked it again. It finished this time

Now I needed to upload the certificate .zipfile that I downloaded earlier in the setup.

The streaming certificate is required to view video from the camera 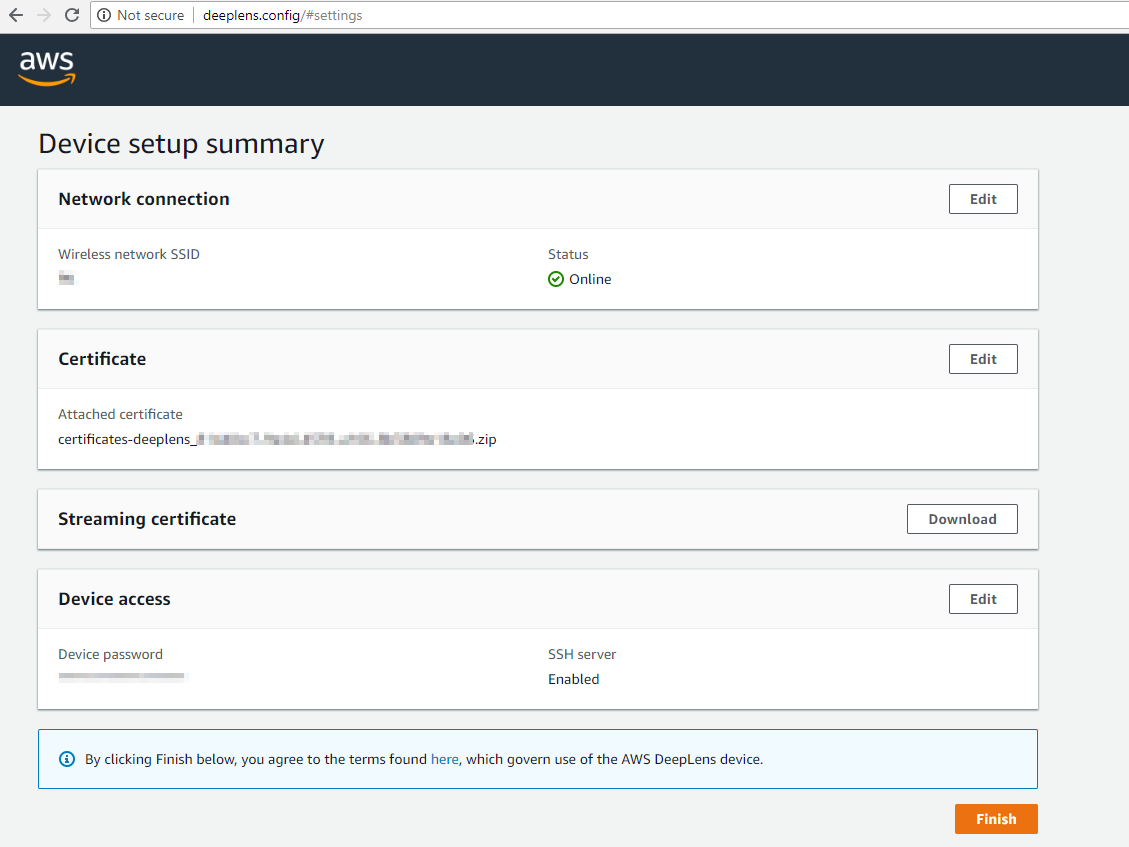 For my first project, I thought I’d add what looked to be one of the simplest ones, object detection. 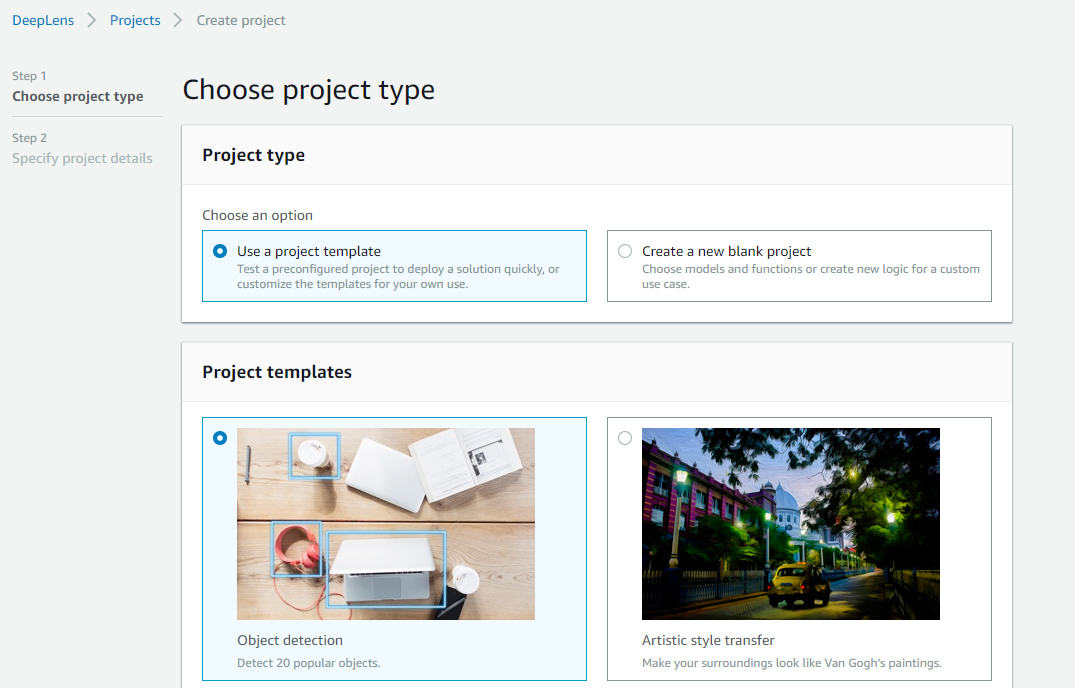 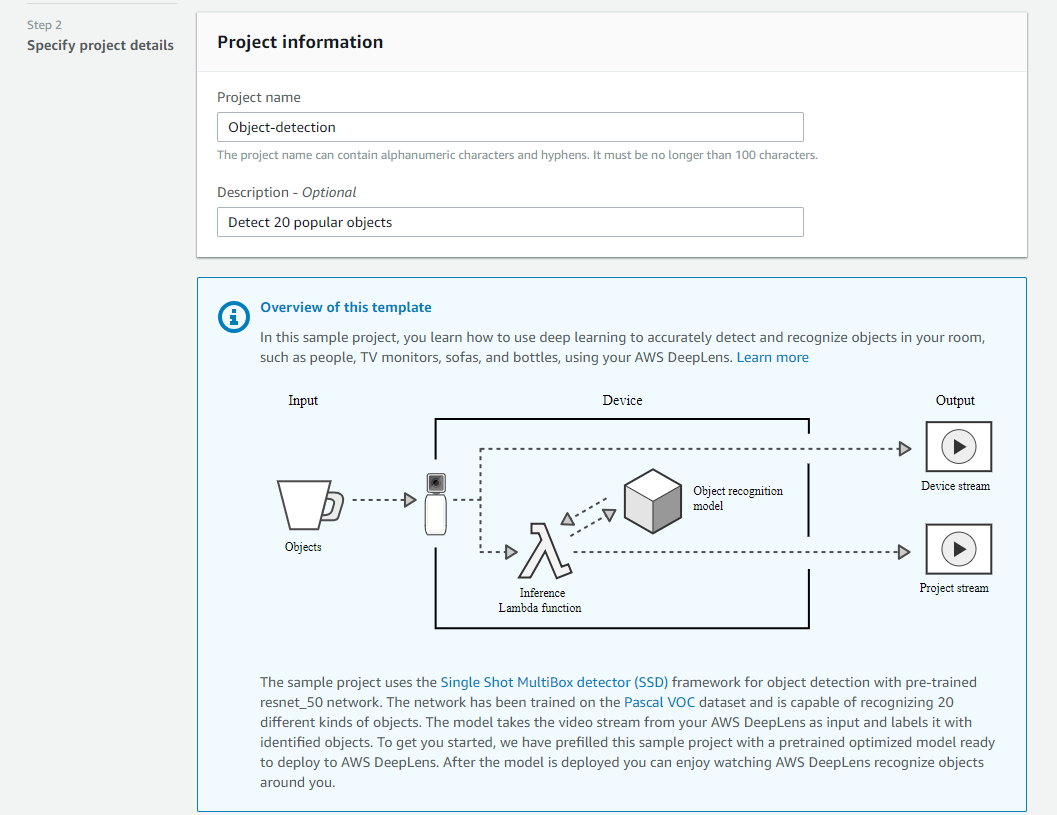 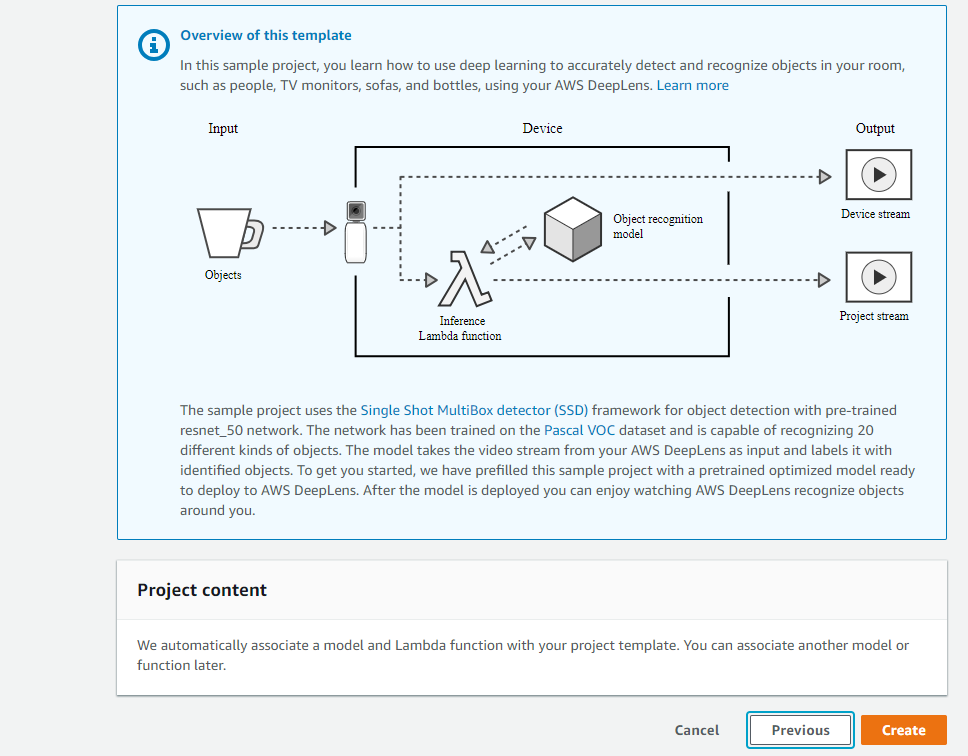 After creating the project, I need to deploy it to the camera. 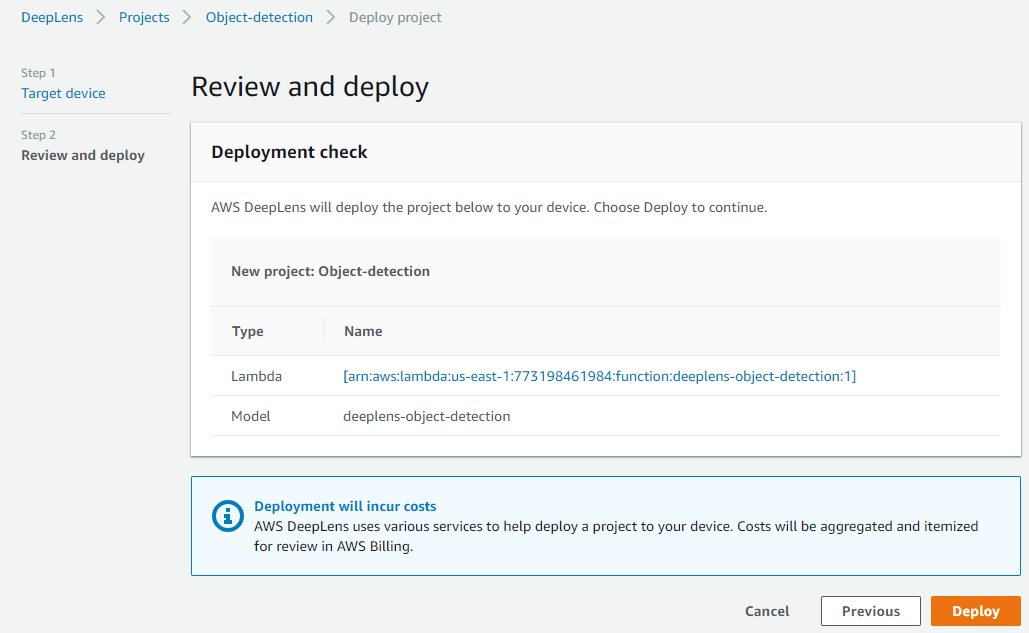 After a few minutes, the project was ready for use.

That’s all for now – next post will be my first attempt to run the project.