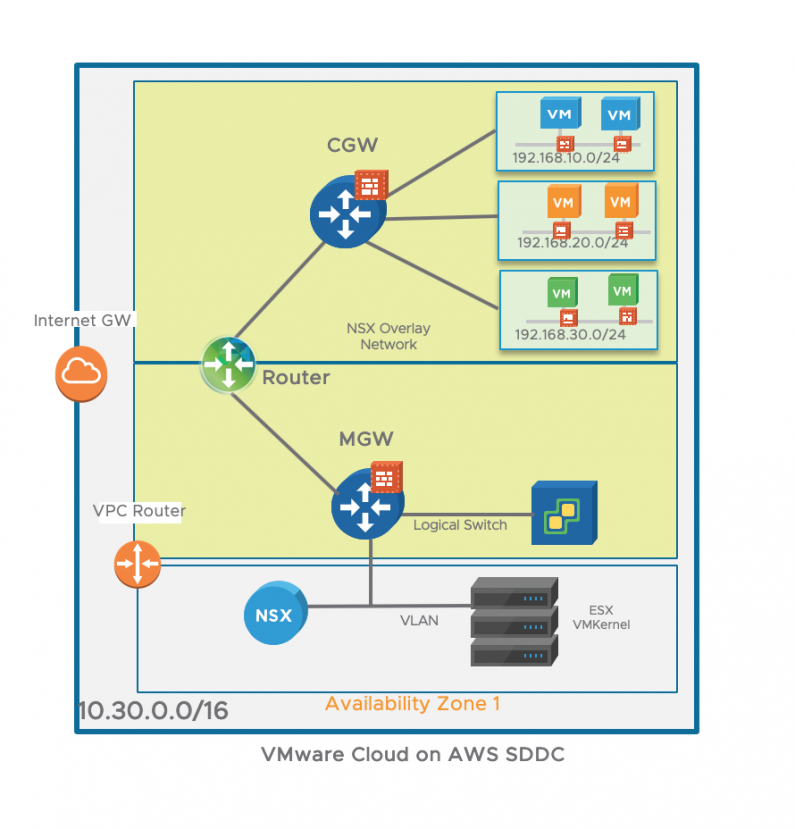 In M12, we released the multi-edge feature in VMC on AWS. It is possible to oversaturate the NSX-T edge router under very heavy loads. If that happens, one way to resolve it is to deploy an additional edge pair to spread the load.

When you deploy the traffic groups as shown above, the route table in the connected VPC will show the following:

This configuration does nothing to balance the load sourced from EC2 instances in the Connected VPC, meaning if we have 8 EC2 application servers that need to write to VM-A, they will all hit the same ENI – ENI1.